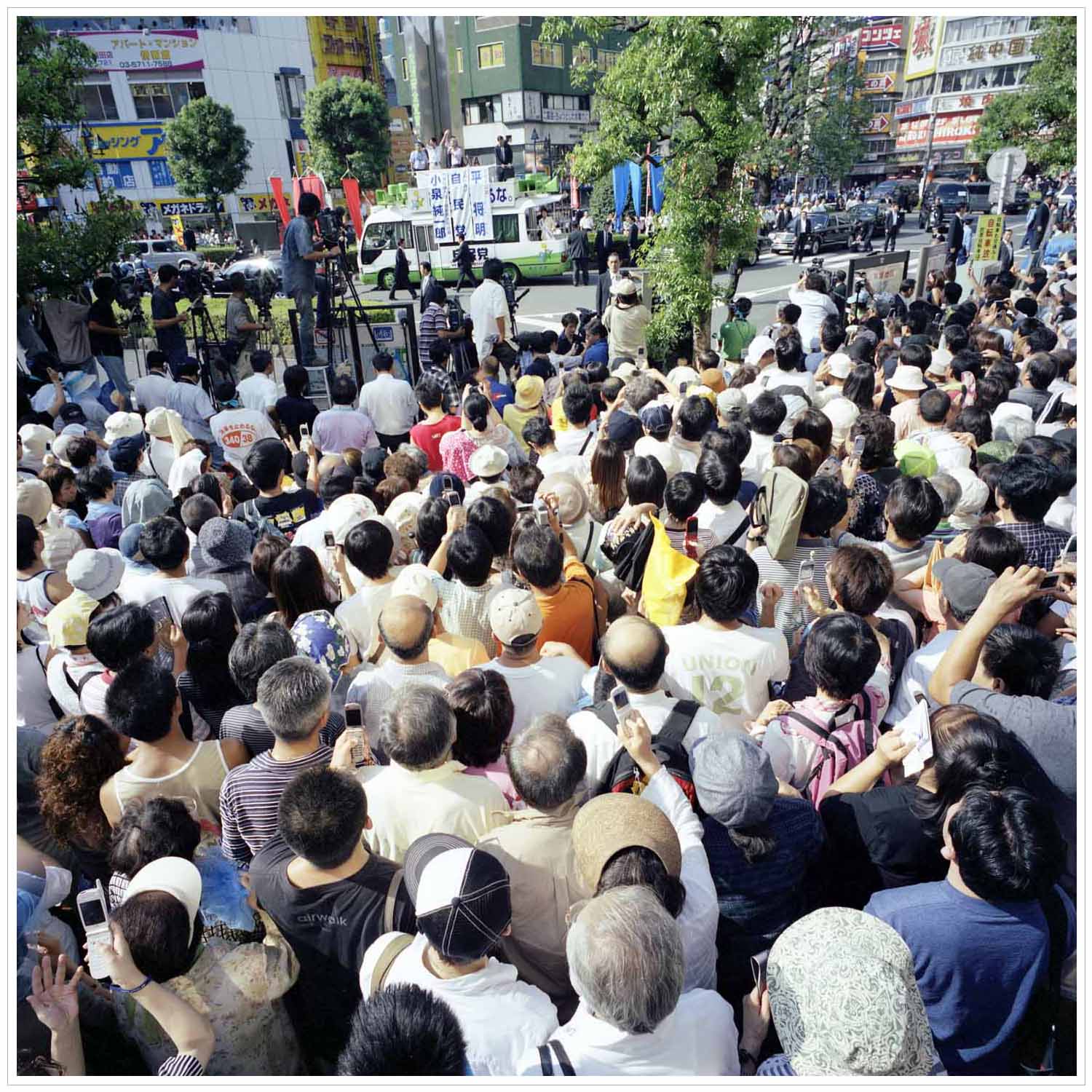 HASSELBLAD SWC-M Biogon 4.5/38  Kodak PORTRA400VC It is an election campaigning scene taken before Kamata station. On the election car, there is Junichiro Koizumi who was then the prime minster and came to give support speech for Akira Taira. Mr Koizumi dissolved the House of Representatives to ask the people after the postal privatization bill was rejected at the upper house. As a result, the ruling party won a majority victory. Since then it has been 11 years, it was privatized and its shares were opened. The other day, when I was waiting my turn at a post office, without taking an insurance tip placed  there, I was looking at it, when a clerk came up to me saying if I was interested in it adding he will consult about it by handing me his business card. It would not have happened in 10 years ago.