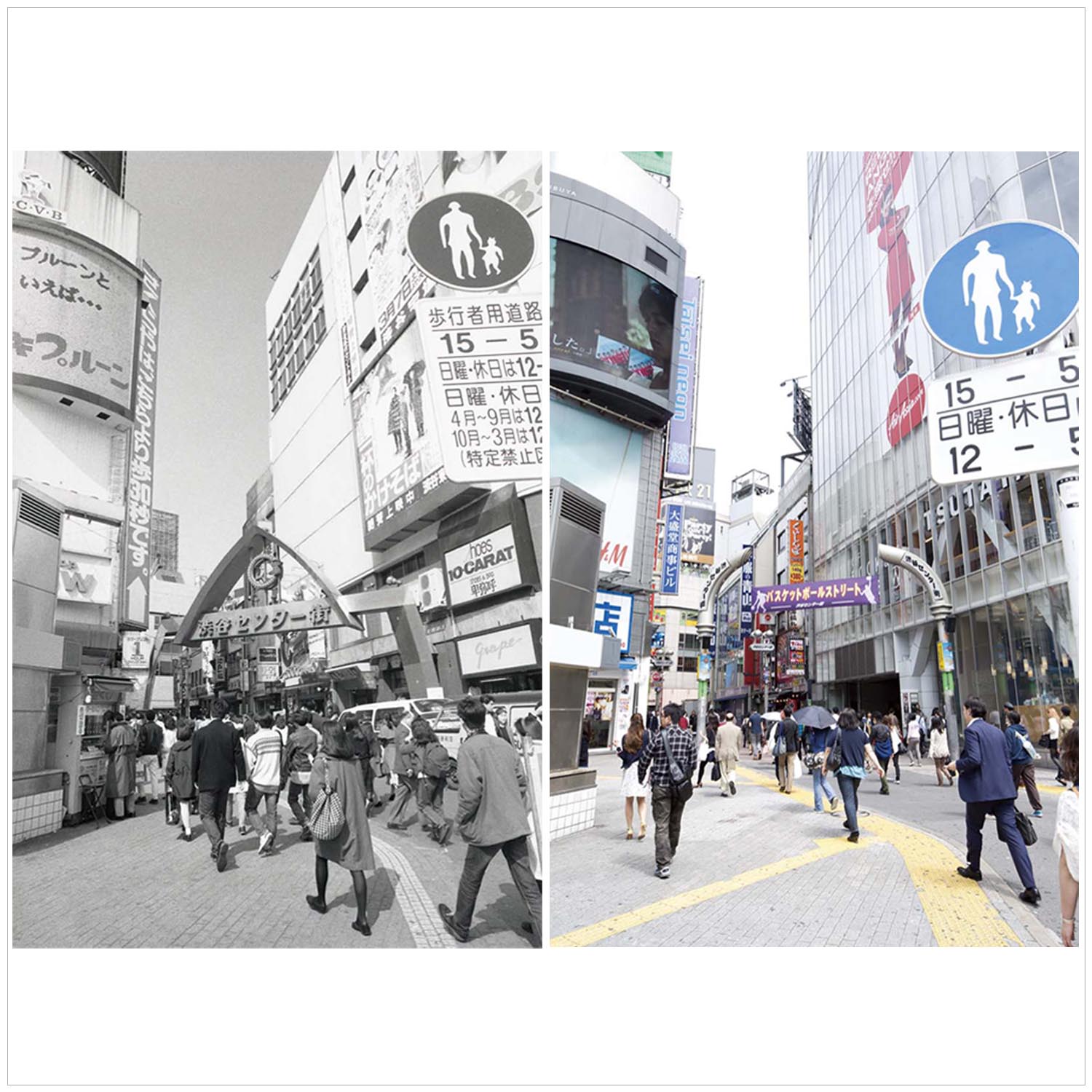 B/W Canon newF1 FD24mm F2.8 Kodak PlasX    COLER  Canon 5D MarkⅢ TS-E24mm F3.5LⅡ  The monochrome photo was taken at the entrance of Shibuya Center Street in 1992. At that time, the office was in Shibuya and there was my favorite shop at the Center Street and I often visited there. But as time went on, the atmosphere of the street got worse and I stopped visiting. In June 1997, a typhoon broke down the ornaments of late-arcade and killed some people, and the arcade has rebuilt as it is today. The colored picture was taken in June 2012. The man in the far right in both pictures is walking very similarly, but it is just a coincidence.